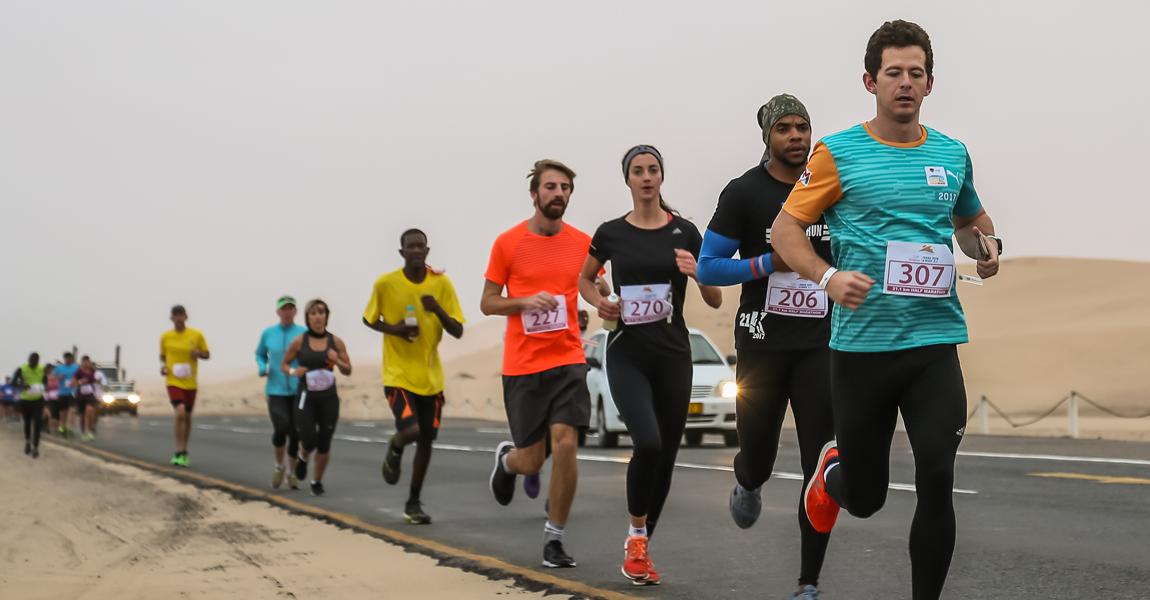 The Hangana Hake Run & Ride, hosted by Hangana Seafood since 2017, is one of the oldest road running events in Namibia. It started out in 1983 as the Ovenstone Shield before being renamed as the Ovenstone Dolphin Marathon. From 1986 onwards, until Hangana Seafood took over the sponsorship in 2017, it was known as the Lucky Star Marathon. The marathon is a favourite among local and international athletes as the race follows the unique and scenic route between the coastal towns of Swakopmund and Walvis Bay. This allows participants to enjoy the sea breeze of the cold Atlantic Ocean on their one side, while admiring the majestic sand dunes of the oldest desert in the world, the Namib Desert, on the other side. The marathon serves as a qualifier for the renowned Two Oceans and Comrades marathons in South Africa. The Hangana Hake Run & Ride also offers a half marathon and 10km fun run.

In 2015 cycling categories were added to the event to offer the same excitement and diversity to cycling enthusiasts, with the main event being the Namibian Cycling Federation sanctioned 105km road race. Other events include the off-road 21km fat bike desert race, which traverses sand dunes in the vicinity of Walvis Bay, the 21km mountain bike and also a 5km kiddies race.

To ensure a fun-filled family outing on race day, the event is incorporated into the annual “Walvis fees” (translated as Whale Festival) hosted in Walvis Bay. All events finish at the Jan Wilken Stadium in Walvis Bay where the festival is hosted, incorporating food and drink stalls, live music shows, a kiddies play park and lots of family entertainment for the entire weekend. Firmly entrenched as a highlight on the coastal sporting calendar, the 2019 Hangana Hake Run & Ride was officially launched in Walvis Bay on Friday. 19 June2019. This year’s event will take place on 5 October 2021 in Walvis Bay. Online registrations are open and can be done at the event website, www.hangana-hakerun.com